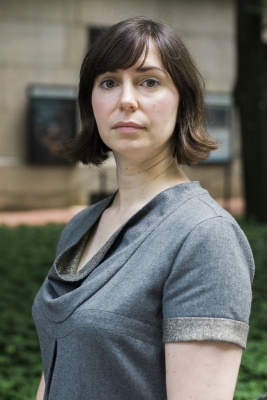 Susan McGregor (she/her/hers) is an Associate Research Scholar at Columbia University's Data Science Institute, where she also co-chairs its Center for Data, Media & Society. She is the author of two books: Information Security Essentials: A Guide for Reporters, Editors and Newsroom Leaders (Columbia University Press, 2021) and Practical Python: Data Wrangling and Data Quality (O'Reilly, 2021). McGregor's research primarily centers on security and privacy issues affecting journalists and media organizations. Her current work includes an NSF-funded project to provide readers with stronger guarantees about digital media by incorporating cryptographic signatures into digital publishing workflows, as well as a collaboration with NLP experts to develop novel classifiers for detecting abusive speech on Twitter, and research on effective models for peer support with a focus on the media space. Her research work in these and related areas has received support from the National Science Foundation, the Knight Foundation, Google, multiple schools and offices of Columbia University, and others.

As an educator, McGregor is committed to increasing the reach of data science education to help ensure that essential literacies about data-driven systems are accessible to learners of every age and background. In fall 2021, she undertook a partnership with the Bard High School Early College (BHSEC) program in New York City, in which she designed and led an introductory data science course for 22 high-school aged students. Following the success of this program, she hopes to expand this work to other schools and programs in NYC and beyond.

Prior to her work at Columbia, McGregor was the Senior Programmer on the News Graphics team at the Wall Street Journal, a front-end programmer at the photo wire service MediaVast (acquired by Getty Images) and a reporter for The New York Amsterdam News. McGregor was named a 2010 Gerald Loeb Award winner for her work on WSJ’s “What They Know” series, and was a finalist for the Scripps Howard Foundation National Journalism Awards for Web Reporting in 2007. Her work has also been nominated for two Webby awards, in 2011 and 2015. While much of her early work for the Wall Street Journal has been lost to various forms of digital decay, a (reasonably) complete list of her peer-reviewed work is currently accessible via Google Scholar. Her many years of course videos on working with data can be found on YouTube, with some early web and digital publishing tools residing - along with this website - on GitHub.

In addition to her technical and academic work, McGregor enjoys using artistic methods to generate new approaches to technological challenges; in the process, she occasionally creates small prototypes and installations. She holds a master’s degree in Educational Communication and Technology from NYU and a bachelor’s degree in Interactive Information Design from Harvard University.